It seems Lena is sharing daily housechores and time with children quite well with her husband. How do they manage long vacations?

Continued from Story of a mom to twins: Making own path through learning and experimenting (1).

– It sounds quite equal! How do you manage during children’s long vacations?

I am entitled to six weeks of vacation after having turned 40 years old. My employer also offers a deal where you instead of getting some extra money the days you are on vacation, which is the normal deal in Sweden, you can exchange it for six extra vacation days. I did that and used most of my vacation this summer. I took three weeks vacations in a raw, and for the rest I worked one day a week. When I worked, my husband worked from home so the children felt safe staying at home.

In Sweden there is also a municipal service called “fritids”, a care after school for children from 6-12 years old that often is based near or in the school building and cost a fee every month. We used that earlier when I had a work where it was not possible to be off every school vacation.

It’s like doing a jigsaw: husband and wife tries figuring out the best way to work and take care of children at the same time. Each family has different peaces depending on their work situation and doing their own “jigsaw” to ensure the time to spend with children. 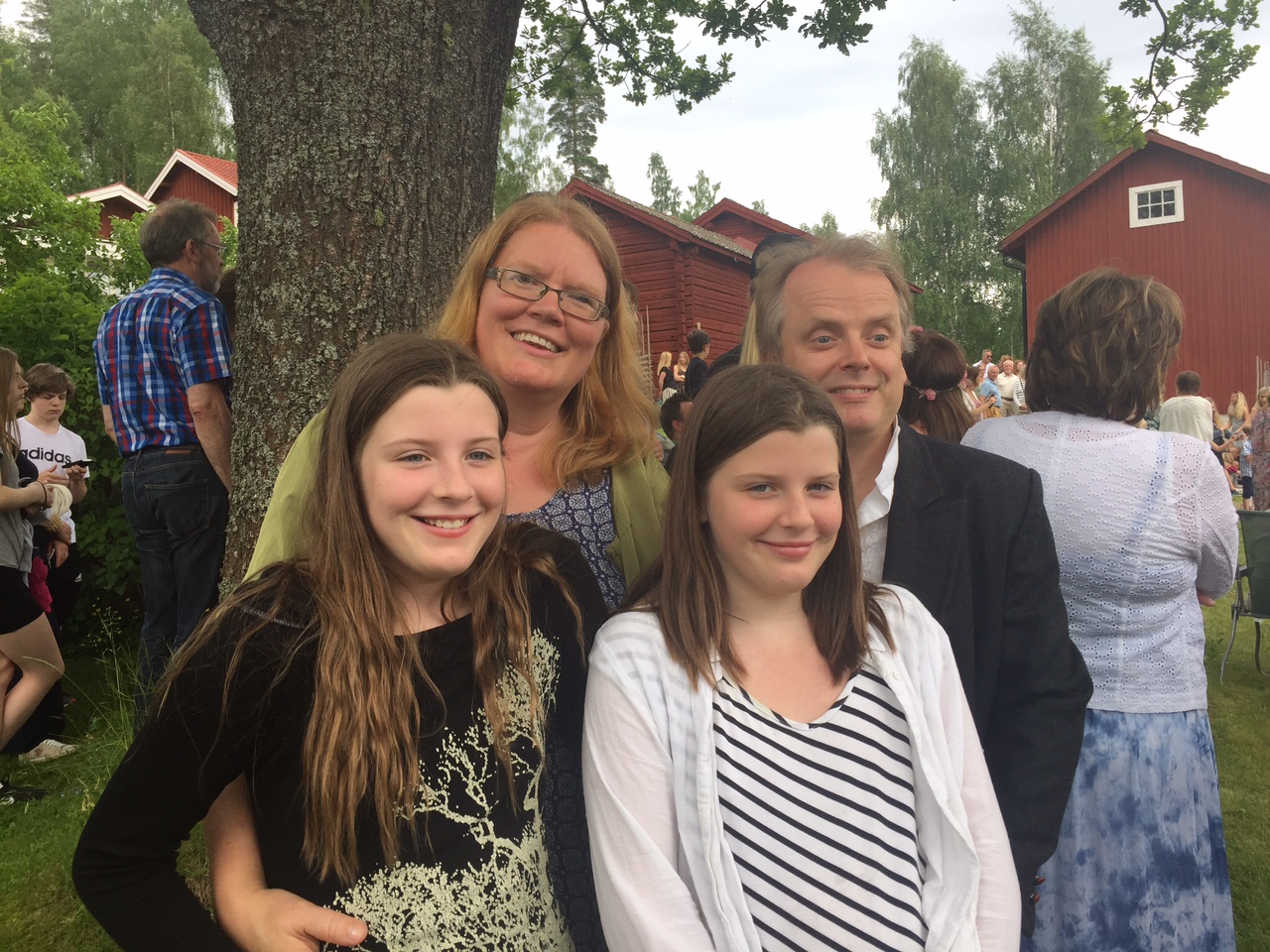 Lena’s family at small midsummer celebration in their village.

Learned and worked through the interest, learned again to find a new path

– Why did you choose the current job? How did education played a role in it?

Actually, this is my third permanent job, then I have had a few extra jobs as well when younger. I have always tried and combined study and work because I like the possibility to mix practice and theory and to keep the economy on balance while studying. It makes me feel that I develop personally and can perform better.

Back in 1980’s when I was a high school student I worked extra on a local newspaper writing a youth column and at a restaurant. It gave me extra pocket money that I could travel with in the summers. After high school, it was popular that boys go on a military service and girls go on Au Pair abroad before getting into university. I as well participated in Au Pair program and worked in the U.S. as a babysitter. 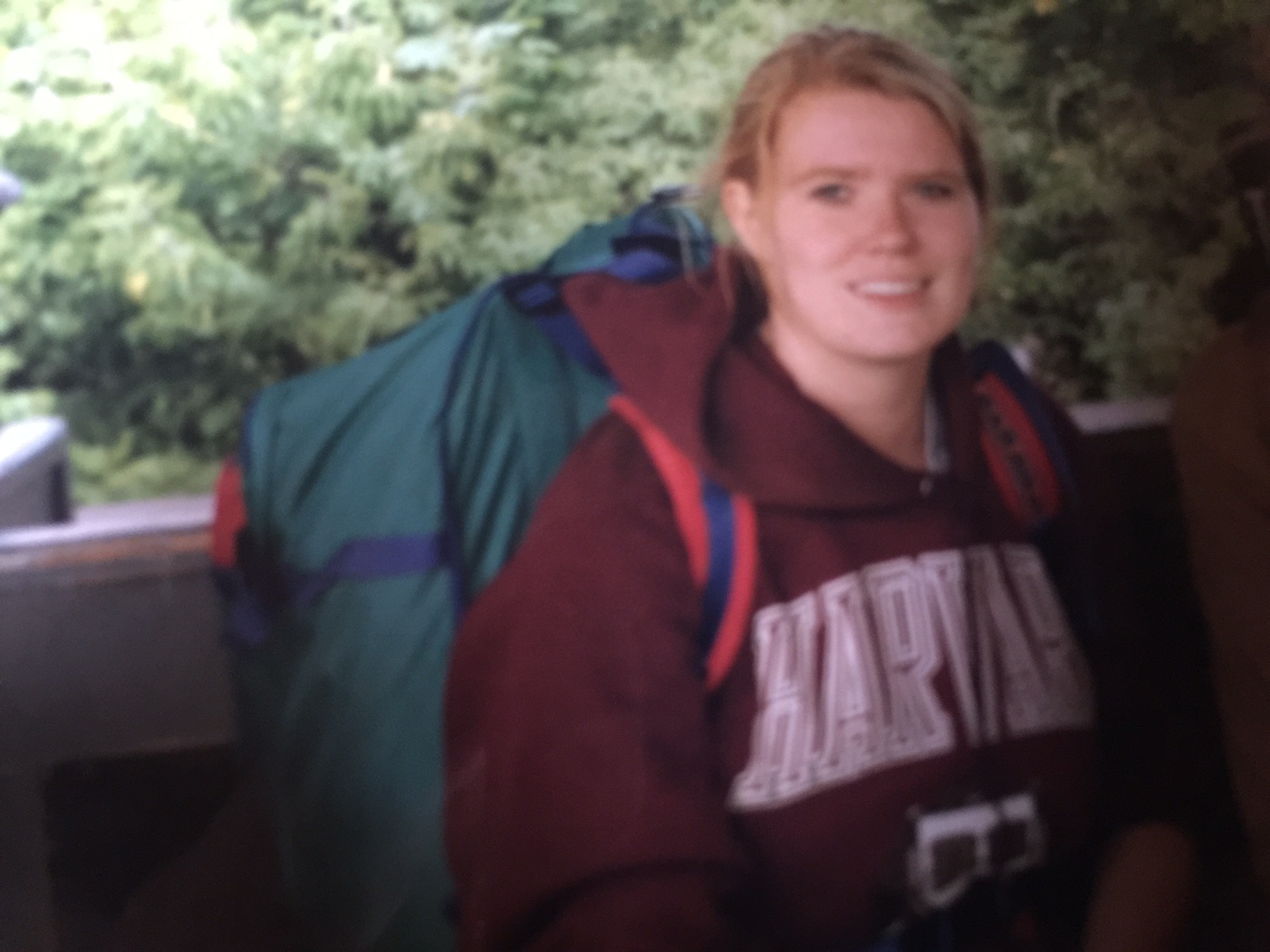 Lena’s student time. She used any money left from extra work for traveling on vacations.

After coming back from Au Pair, I wanted to be a journalist and applied for the journalist programs in Sweden. With only a few places only the very top students in the country could get in there, however, and I did not manage to my large disappointment. I studied on a private journalist for a semester and then applied for the cultural science program at Stockholm University, thinking it could be an alternative route to journalism. I studied languages and social anthropology.

During my three years of studying I worked extra as a personal assistant to a handicapped man, at a home for elderly, at a restaurant and as a tour leader. I liked working as a tour leader so much that I decided to leave University and work for a tour operator instead. 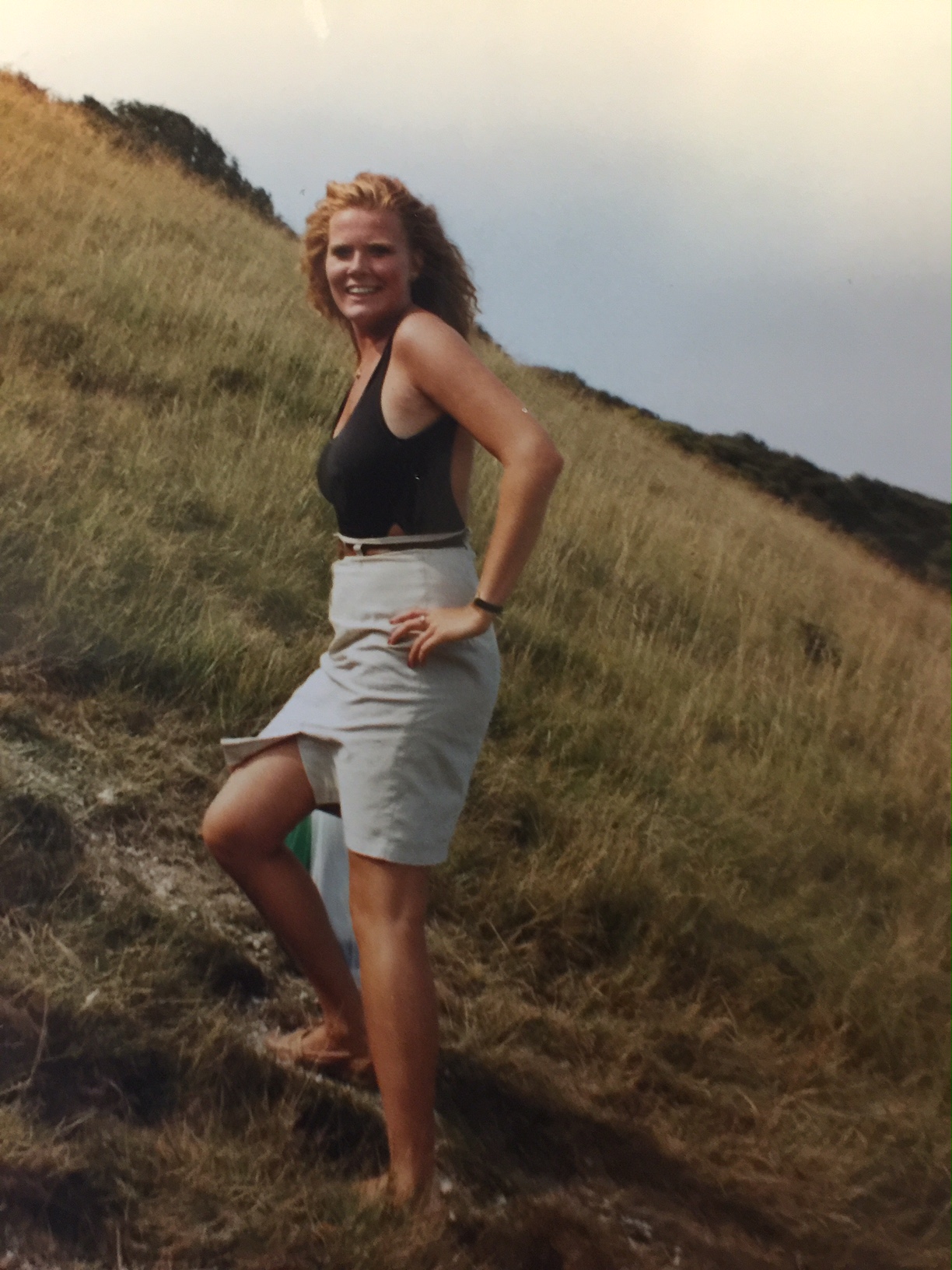 – Very big decision! Had you kept working then?

After a couple of years, the business did not do well enough to be able to keep me as an employee and I really felt that I should get a university degree to be able to work on a different level in tourism. So I studied international marketing at Mälardalens högskola and some tourism courses at Högskolan Dalarna.

After finishing the program, I worked at Stockholm Information Service, the Tourist Board in Stockholm. I started being a tourist information assistant cycling on the streets helping tourists from my mobile tourist office and then got promoted to being a project manager working with tourism development in the greater Stockholm region.

—
Lena seems to learn, work, learn again to find a work of dream. What made her decide to move to Dalarna region leaving Stockholm?

Continuing to Story of a mom to twins: Making own path through learning and experimenting (3).