Lena got interested in tourism through part-time work, learned again at university and then even got a position to develop tourism in Stockholm. But then, what made her leave Stockholm and start working at Commune in Dalarna region?

Continued from Story of a mom to twins: Making own path through learning and experimenting (2).

Moved to Dalarna after Lena’s mother getting cancer

– And then what made you move to Dalarna?

My parents live in Dalarna region. Some years ago my mother got a cancer. She has recovered, but we felt we would like to be closer to my family and decided to move to Dalarna region. We liked Stockholm and our jobs a lot, but we started so we thought we would take our time to find jobs and a house to buy.

We liked the area around Lake Siljan and started to look for houses there. We found a house that we fell in love with really fast and within a year we both had new jobs and could move.

I found a job at Leksands Commune as a manager of the political administrations and information office. I applied for that as I was interested in the information part of the work especially and that it would give me a chance to challenge myself to new development working as a manager for the first time. My husband at an IT-company in Falun, about 45 minutes commute from Leksand. 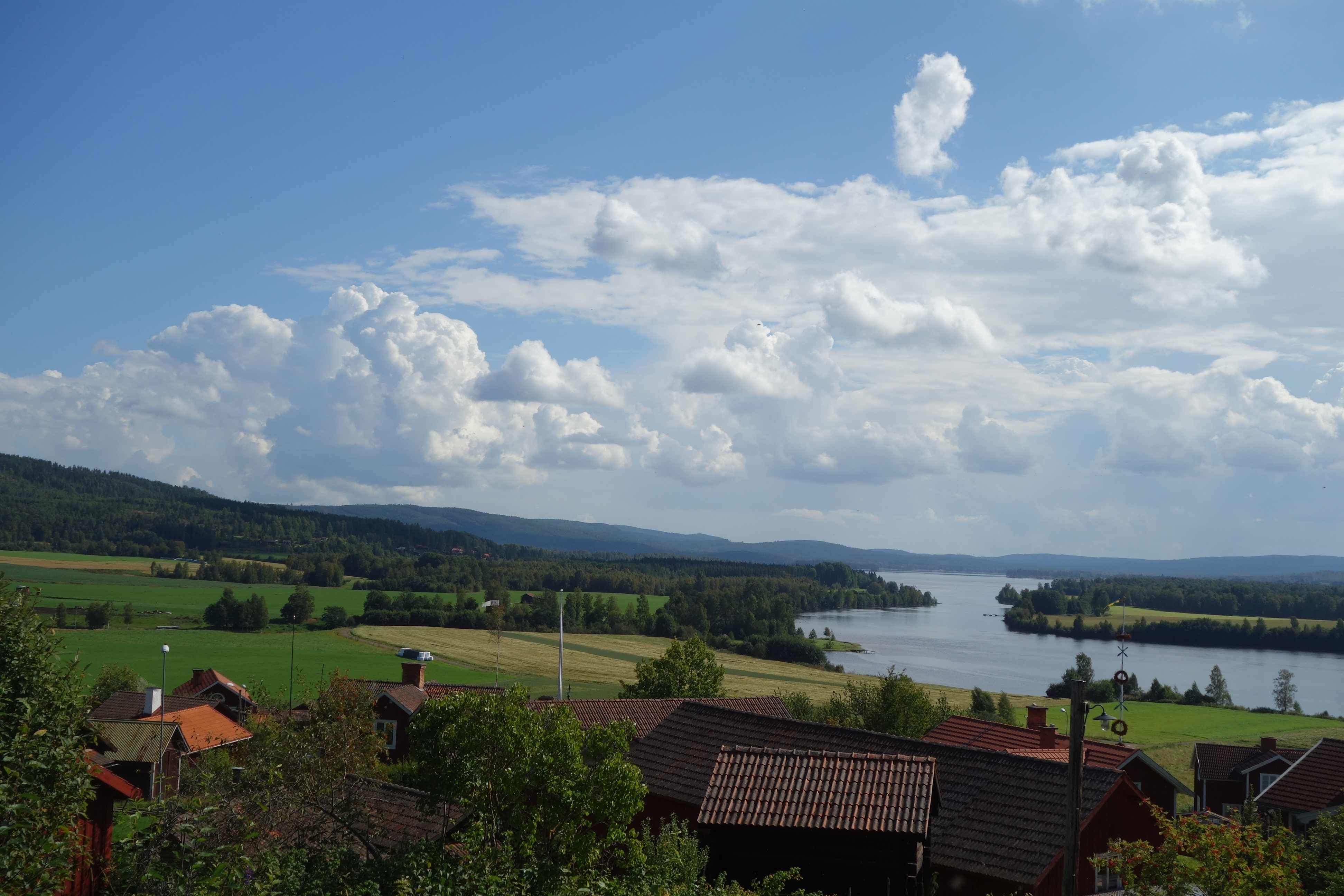 After four years we had our twin girls and I took maternity leave. I could keep my position, but I soon felt after I returned that it was too much for me to manage the demands of being a manager and a mum. Many women do manage, but I felt I was getting so stressed I almost got ill.

Fortunately I work for an organization with many different job opportunities and an understanding management, so I could keep working for Leksands Commune, but now only part time and as an international coordinator.

Now I felt I really had found my dream work. I had a position where I could use my earlier education and skills and that had demands that were high enough for me to handle at the same time as being a mum. 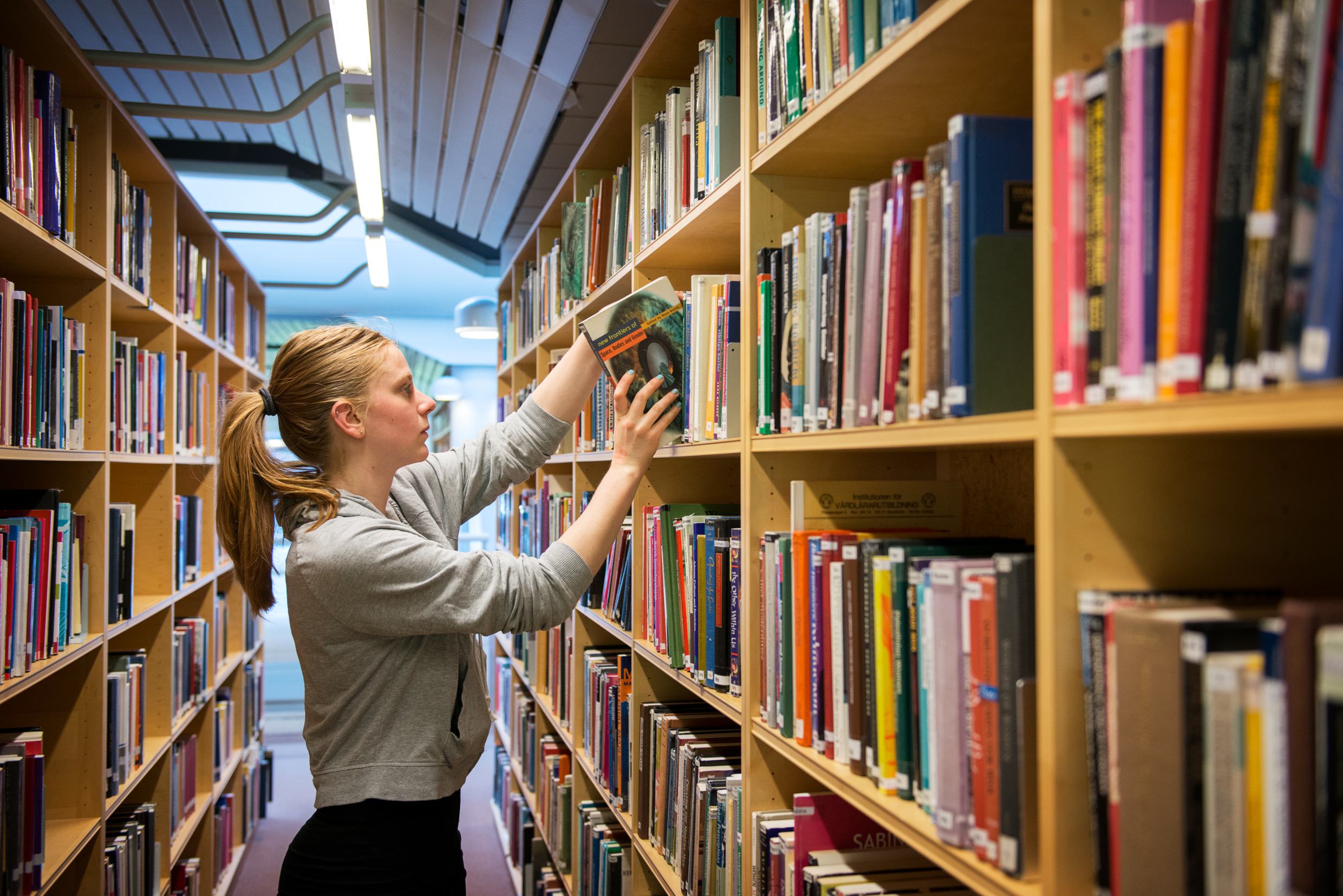 At the same time I decided to go to university a third time and applied for a program of 3 years in Public Health at Mittuniversitetet, Sundsvall. The situation that I had been in, feeling that stress would could really make me ill, but I found the way out of it thanks to good people around me, inspired me to learn more about what promotes health. At this point I worked part time and studied part time.

What made it possible was that the program was given as a distance course, with only a few physical meetings every year and the rest via web conferences. After finishing the course, I was again very lucky that the public health planner of Leksands Commune quit for a new job and I applied and got it.

So today I combine two jobs for the same employer, the one as international coordinator and the one as public health planner.

It depends on you how to utilize the free education system

– I am very inspired of how you have flexibly making your own path. What do you think about education in Sweden, which seems to have played big roles in your life?

I think the quality of Swedish education is good, but it is also up to the student to make the best of it.
Maybe it could be even better if it was possible to have more internships combined with the theoretical parts.

What I think is a fantastic possibility is that the university education I free, you can get help with student grants and loans if you like, more and more courses are offered as distance courses which makes it possible for more people to study and there is no age limit. I think most people are in their 20’s studying at the university, but there is a positive attitude in society towards grown up students I think. 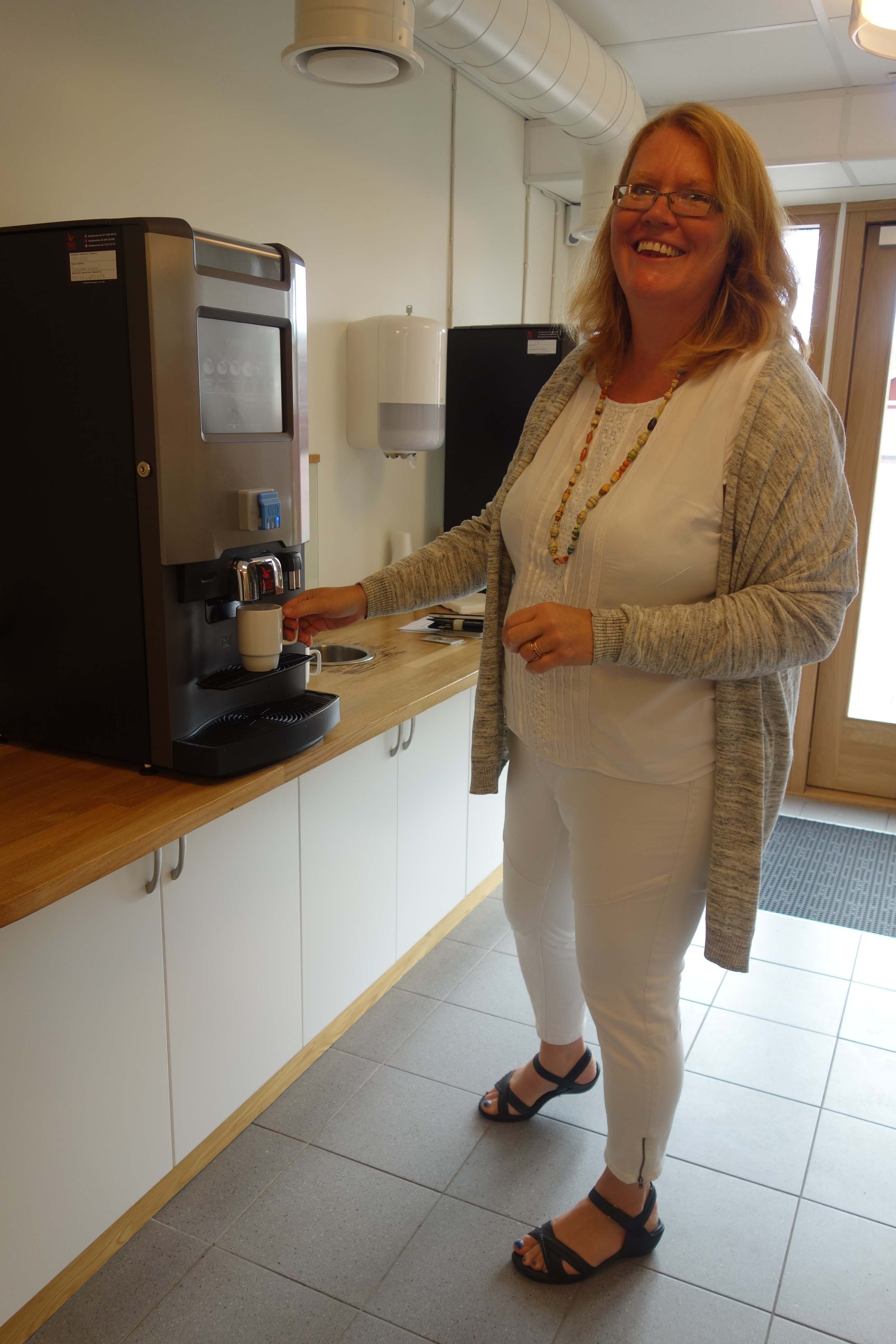 “I have found a dream work.”, Lena says. (At a cafeteria of Leksand Commune for morning fika.)

I am very satisfied with the life style I am now having, being able to combine being a parent living on the country side with an interesting and fairly well paid work.

I know many women working full time and still manage being great parents. Some have the support of grand parents, some by great child care offered by the municipality.
For me it did not work out to work full time and feel that I had enough time and energy with our children. Therefore I am very thankful that I have had the possibilities to work part time for so long. 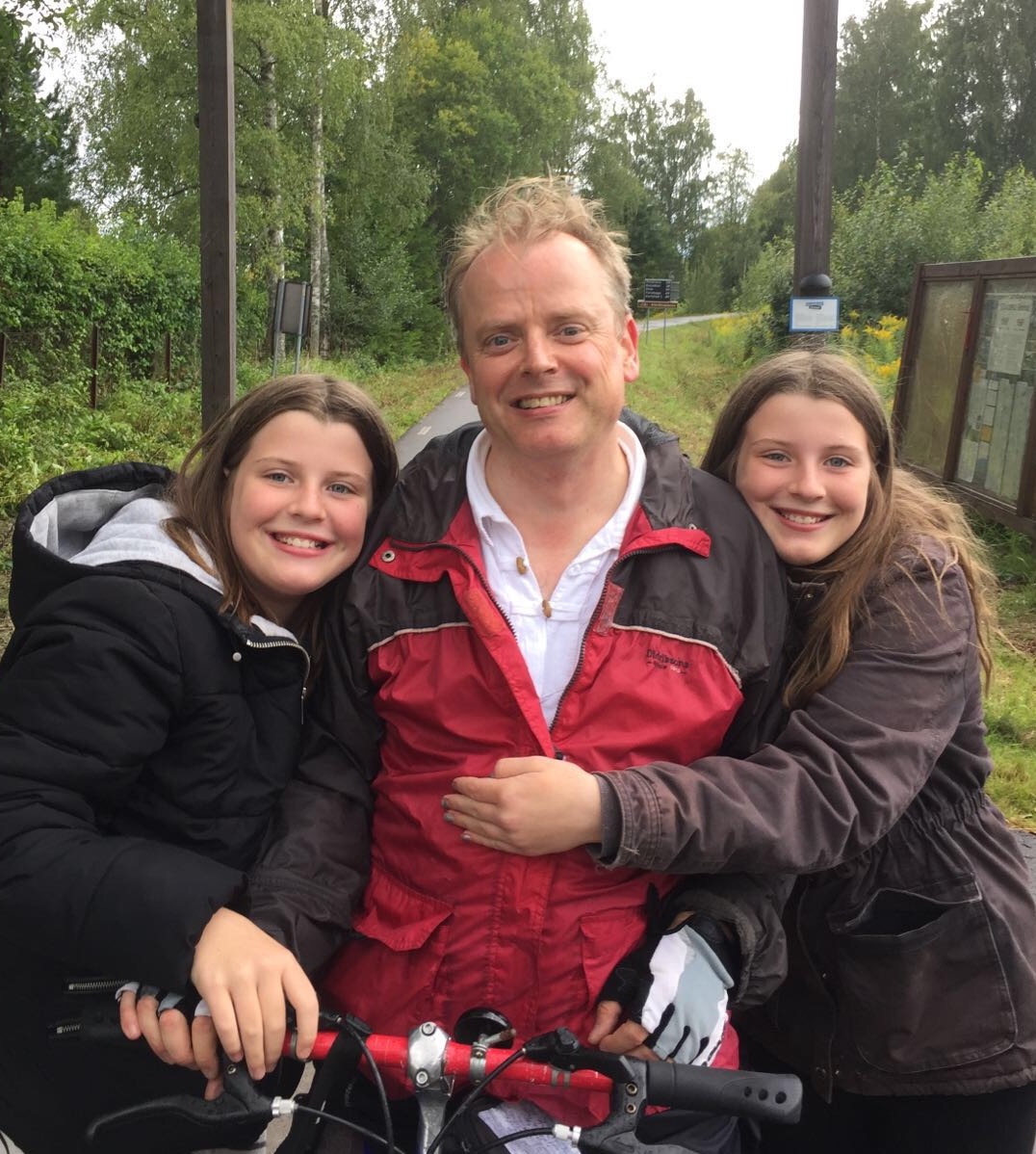 Now our girls are soon teenagers and will be much more independent, if possible I would still like to work 75 % to have time for taking care of eldering parents, our house and garden and my private interests and projects. Maybe I will apply for a masters degree program later in public health.

Working part time means less savings and less pension in the end , but that is a consequence I feel I am ready to take to be able to have more free time and feel less stressed. I feel thankful and lucky as long as I have the option.

—
Lena is making her own path by looking at her own interest and also the time to spend with family. Flexible workplace and Swedish education system seems to have supported it with less restrictions in terms of finance and distance.
Since I was thinking Swedish women mostly keeps working full-time, I was also inspired she was working part-time and also studying part-time. This must be, Lena’s “own path”.
I am looking forward to the future path ahead of her, which is going under construction. Thank you so much, Lena!